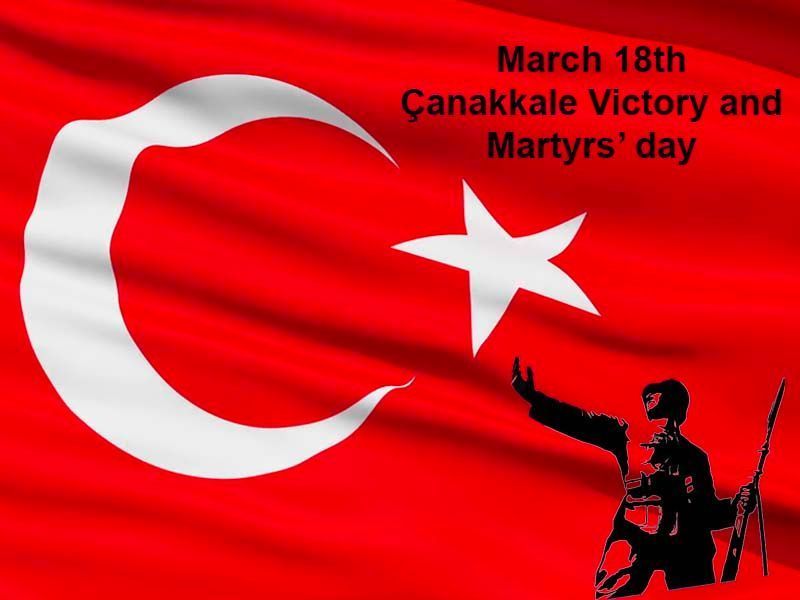 Turkish people are celebrating today, the 104th anniversary of March 18th Çanakkale Victory and Martyrs’ day to whom it’s a glorious date commemorated in their hearts and minds with pride and gratitude.

The date is leading back to the huge battle started on February 1915 when Britain and France decided to launch the Gallipoli Campaign to knock down the Ottoman Empire by reaching its capital during the World War I.

March 18th, the commemorated day refers to the date where the attack of British and French forces was started and against what ottoman vessels set up a network of mines inside the waters.

On April 25th, allied soldiers reached the Gallipoli Peninsula aiming to open the Dardanelles Strait on Aegean coast as an easy way to threaten the Ottoman Capital. However, Turks showed a great resistance and braveness and scarified themselves to sabotage the plan and make it fail. In fact, tens of thousands of Turkish soldiers died that day for the nation.

This Victory against the allied forces boosted the morale of Turks who went on an independence War then between 1918 -1922 and formed The Turkish Republic on 1923.

The martyrs were buried in a historical national park in the province of Çanakkale and to commemorate the event, a military Parade is held on March 18th of every year.