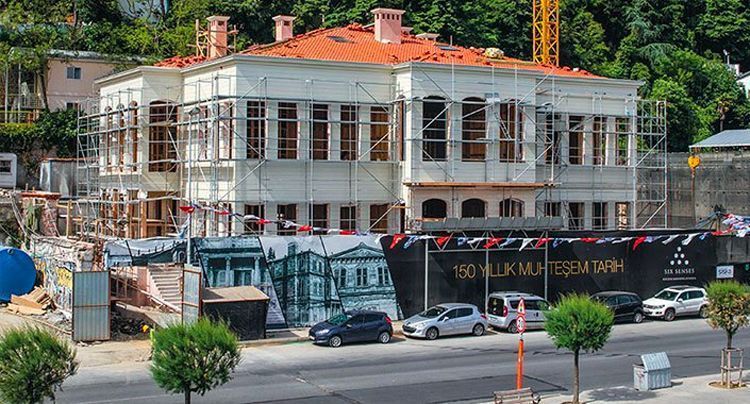 It seems that Alfardan has a special admiration and interest in Bosporus mansions as he already invested in Sait Pasa mansion in the same area. The historical building aged more than a century was built by the famous ottoman Armenian architect Sarkis Balyan after the order and in the era of the Sultan Abdulhamit II. The mansion was completely damaged by a fire that occurred 20 years ago.

The renovation works have just been completed on December 2018 and the mansion is back to life as a luxurious and VIP Hotel managed by the American Six Senses Chain and will be in service at the second half of 2019.

According to the statement of Fuat Kaplan, the architect of the project, the hotel hosts 60 VIP rooms and 3 restaurants in addition to swimming pools and a Spa. The new project considered as a great investment in Turkey and especially in the Bosporus area will open new employment chances as he will be operated by 400 workers.