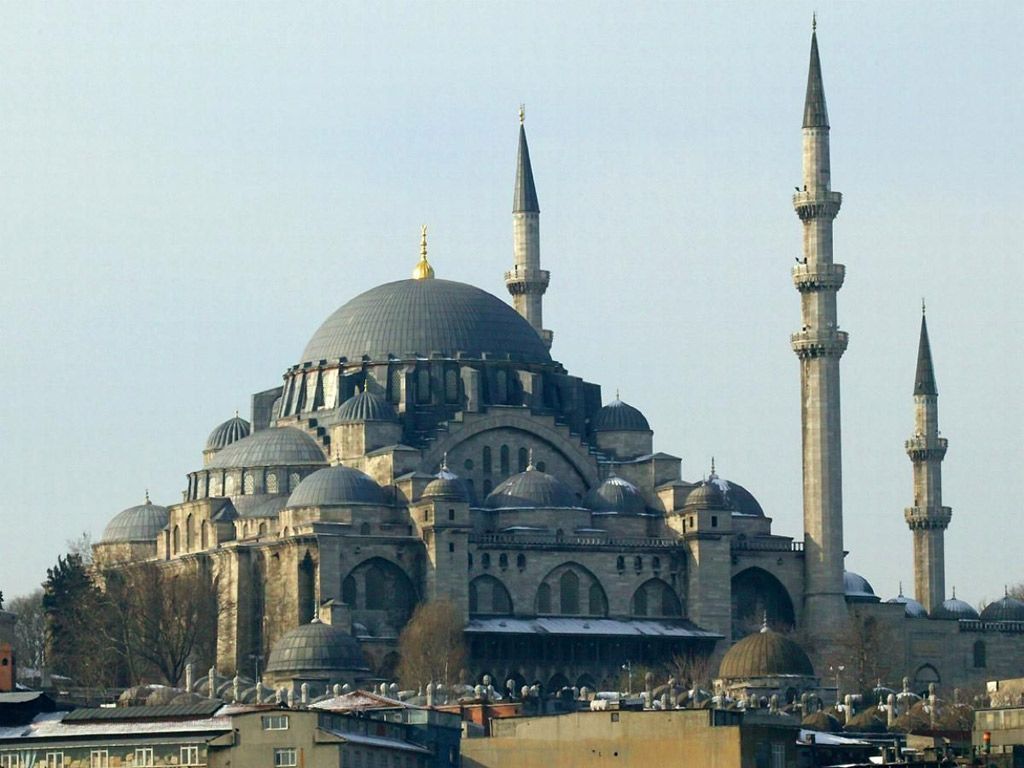 About Fatih Mosque: Things To Know 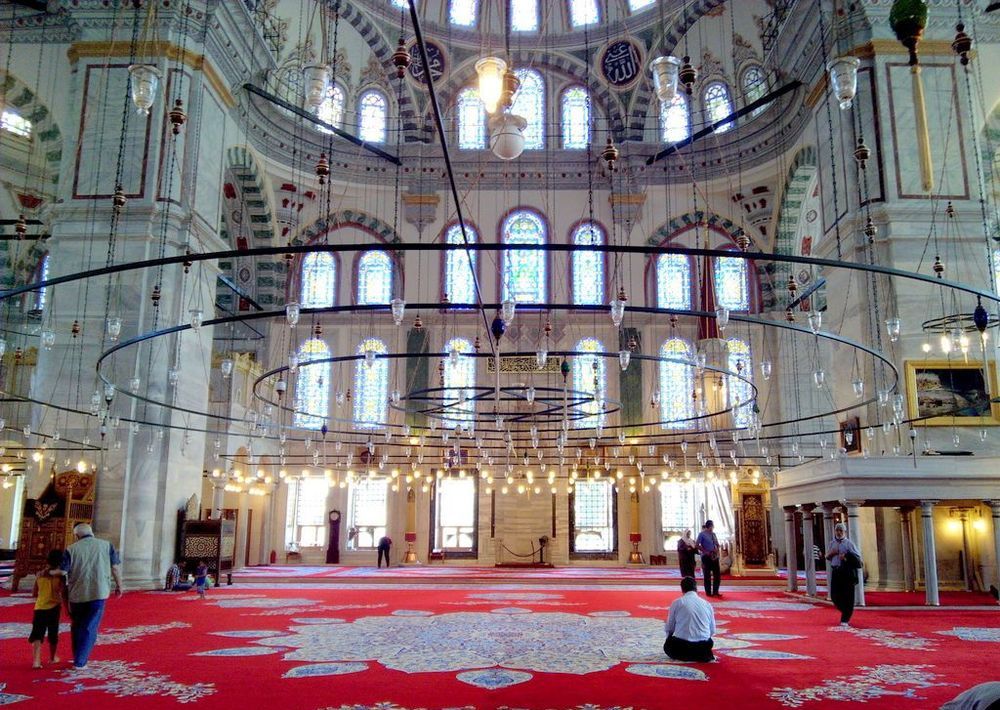 In a city that has a long history such as Istanbul, the historic landmarks to visit are countless. Istanbul was a city of many different civilizations and empires. After Constantinople, today known as Istanbul was conquered by Sultan Mehmet II, Islam’s effect on the city started to be seen. There were many mosques being built under the reign of the Ottoman Sultans by world-famous architects.

Fatih Mosque surely is one of the most famous mosques found in Istanbul that is worth visiting. Not only its long history but also its eye-catching architecture is what attracts the locals and tourists alike for years. The complex allows you to see the remnants of the Church of Holy Apostles built back in the 4th century, the original Fatih Mosque structure built in the 15th century as well as the rebuilt structure in the18th century and their architecture, and it allows you to understand the education system along with the social life back in the Ottoman period.

Before visiting any historic place, it is a good idea to dive in and research about its history to truly immerse yourself in the experience and see every detail from a different perspective. This guide is prepared for you to learn everything about Fatih Mosque to enjoy your experience when you visit the structure.

THE HISTORY OF THE FATIH MOSQUE 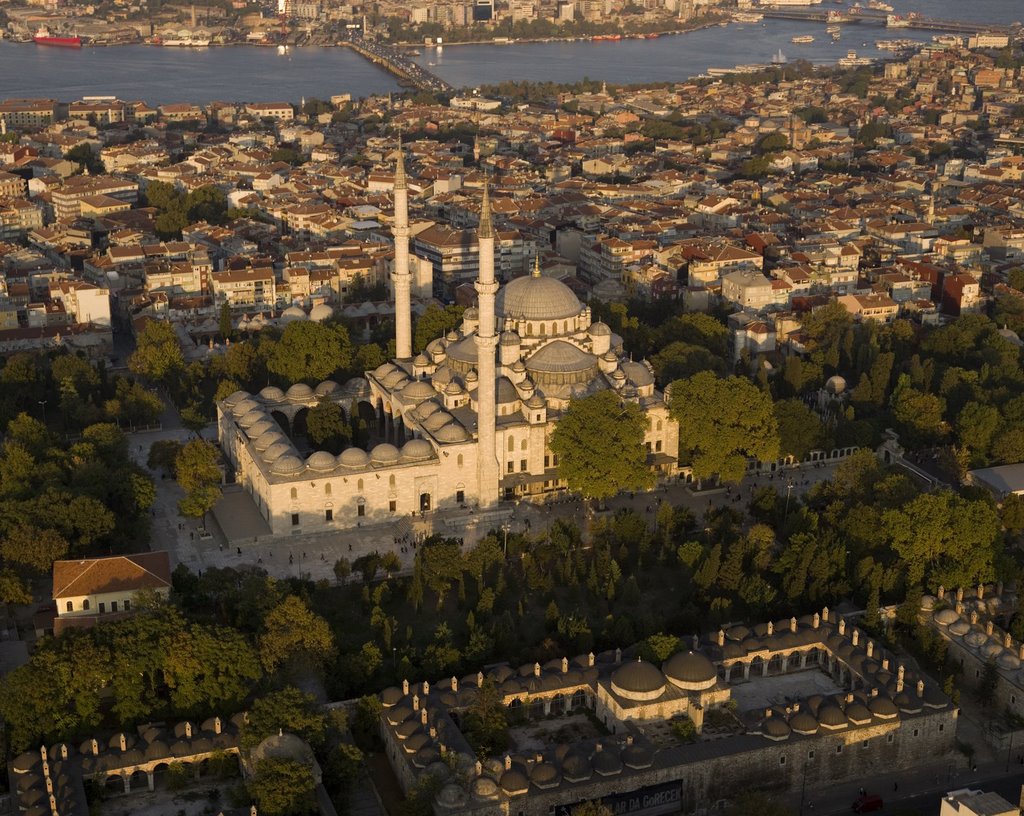 Fatih Mosque is located in one of the most historic areas of Istanbul, Fatih. More than a mosque, it is a mosque complex with lots of different structures such as eight Islamic universities called medreses, primary school, dormitory for the students who are educated in the medreses, library, hospital, soup kitchen that served the poor, traditional Turkish baths called hamam, hospice, market, caravanserai and tombs.

The Sahn-ı Seman Medrese was a well-known school where theology, medicine, physics, mathematics, astronomy and law were taught and it was a part of the Fatih Mosque complex. It was established by Ali Qushji who was a Persian Astronomer. He was specially invited by Mehmet the Conqueror to his court. About a thousand students were educated in the medreses which makes the school equivalent to a large university of its time.

Where Fatih Mosque is standing today was once home to the Church of Apostles in the 4th century, during the era of the Byzantine Empire. It is known that this church was extremely important and even Constantine I was buried on the grounds of this church. After the Fourth Crusade, the church was left in a poor condition and it was demolished once it was abandoned.

Fatih Mosque was started to be built in 1463 by the order of Sultan Mehmet II, the Conqueror of Constantinople. After seven years, in 1470, the construction was complete. The structure's architect was Atik Sinan also known as Sinan the Elder who is often mistaken for the famous Ottoman architect Mimar Sinan.

Even though still a magnificent structure, the original mosque was damaged several times due to earthquakes happened in the years of 1509, 1557 and 1754. Most of the Fatih Mosque finally collapsed in 1766 due to another earthquake that happened which the structure could not stand after being damaged repeatedly. Since the damage was irreparable, another structure had to be built in its place. Today’s Fatih Mosque was rebuilt in 1771 under the reign of Sultan Mustafa III and its architect was Mimar Mehmet Tahir. Even though the mosque was rebuilt, the designs on the inside of the mosque are a copy of the original designs made by Atik Sinan.

Fatih Mosque gets its name from the title of Sultan Mehmet II who commissioned the mosque to be built. “Fatih” in Turkish means “the conqueror”. The area where the mosque is located also gets its name after him. 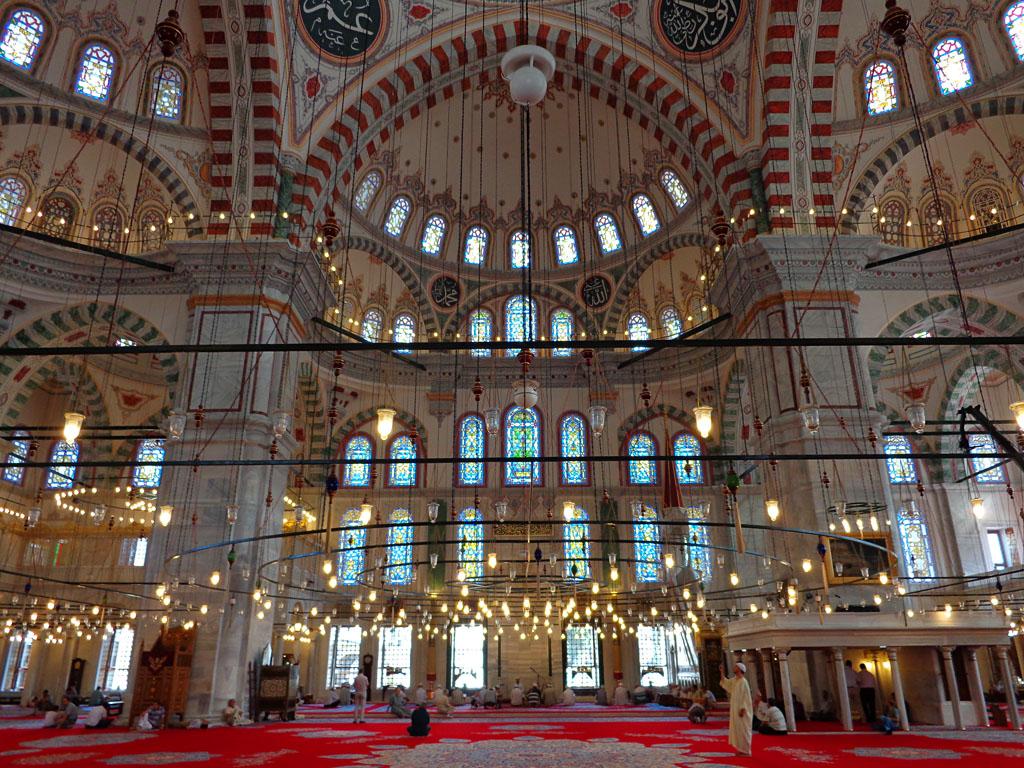 WHAT TO SEE IN FATIH MOSQUE AND DETAILS TO KNOW

In addition to the Fatih Mosque itself, there are many other historical details that you need to know about the structure as well as the complex before visiting the place in order not to miss out on anything and pay attention to some of the important elements of the structure.

The library of the original Fatih Mosque is under reconstruction and the book collection inside is protected at the Suleymaniye Library.

The tombs of Sultan Mehmet II the Conqueror and his wife Gulbahar Hatun are located in the Fatih Mosque complex in a very well protected area. Many people visit his tomb, pray for him and pay their respect.

Some of the columns used in the structure are believed to be from the Church of the Holy Apostles. These reused columns can be seen in the courtyard of the mosque.

The Fatih Mosque was the first structure that had a monumental value in the Ottoman Empire. Sultan Mehmet II the Conqueror wanted the Fatih Mosque to be as magnificent as the Hagia Sophia. Fatih Mosque’s courtyard is one of the biggest out there and therefore, many funerals of the people of importance take place right here.

WHERE IS IT LOCATED AND HOW TO GO THERE

Fatih Mosque is located in the district called Fatih. In order to reach Fatih Mosque, you can get on a bus from Eminonu and get off at the Fatih stop. If you are in Sultanahmet, you can go to Eminonu by using the T1 tramline and then get on a bus from there. If you are in Taksim, there are also buses that go to the Fatih area which can take you there in about half an hour.

WHAT IS THE ETIQUETTE OF VISITING A MOSQUE?

There are certain things you need to be aware of when you are visiting a mosque. Many of the mosques located in Istanbul are still functioning places of worship, including the Fatih Mosque. In Islam, it is essential that the area of worship is clean. Since the outside is regarded as dirty, the shoes are taken off before entering any mosque. Yet, you should still be careful and make sure to step on the inside as you take your shoe off. If you step on where the shoes are taken off, then your feet are also regarded as dirty.

Another point that you should be careful about is your clothing. The clothes both the men and women wear should cover most of their body, therefore, tank tops, shorts or mini skirts are not suitable clothes for visiting a mosque. If men or women are wearing short shorts or mini skirts, they will be asked to wear a long skirt to cover their legs. Similarly, women are required to cover their hair with the headscarves given to them prior to entering the mosque as a sign of respect.

The entrance to the mosques is free as they are places of worship, however, donations are accepted if you wish to contribute to the maintenance and the restorations of the mosques for the next generations to appreciate and witness the history as much as we do.

In the mosques, you can find free leaflets about Islam, explaining the fundamentals of the belief and the religion as well as answering some of the common questions. If you wish to learn more about Islam and understand the background of many rituals, prayers or practices, feel free to take as many leaflets as you want.

THE HOURS OF VISIT

Fatih Mosque is open between 9:00 am and 6:00 pm every single day. However, as with all other mosques, Fatih Mosque is closed to visitors during the worship times. Also bear in mind that on Fridays, mosques are packed with people during the noon prayer when planning your visit.

On Wednesdays, a bazaar is set near the Fatih Mosque. If you happen to visit the mosque on Wednesday, you can also check out the bazaar and explore all the goods that are being sold there.

OTHER PLACES TO VISIT IN THE NEAR VICINITY

The Fatih Mosque is located in a place that has historical importance. So, there are many other landmarks in the surrounding area that you can check out such as Fethiye Museum where you can see the mosaics of Jesus Christ and the twelve prophets along with the baptism of Jesus Christ, Chora Museum where you can find images portraying the life of the Virgin Mary and Jesus Christ, Valens Aqueduct which was a structure that supplied the city’s water with many tunnels as well as another beautiful structure, the Yavuz Sultan Selim Mosque. However keep in mind that the Fethiye Museum and the Chora Museum are closed on Wednesdays, and they are open from 9:00 am until 5:00 pm.