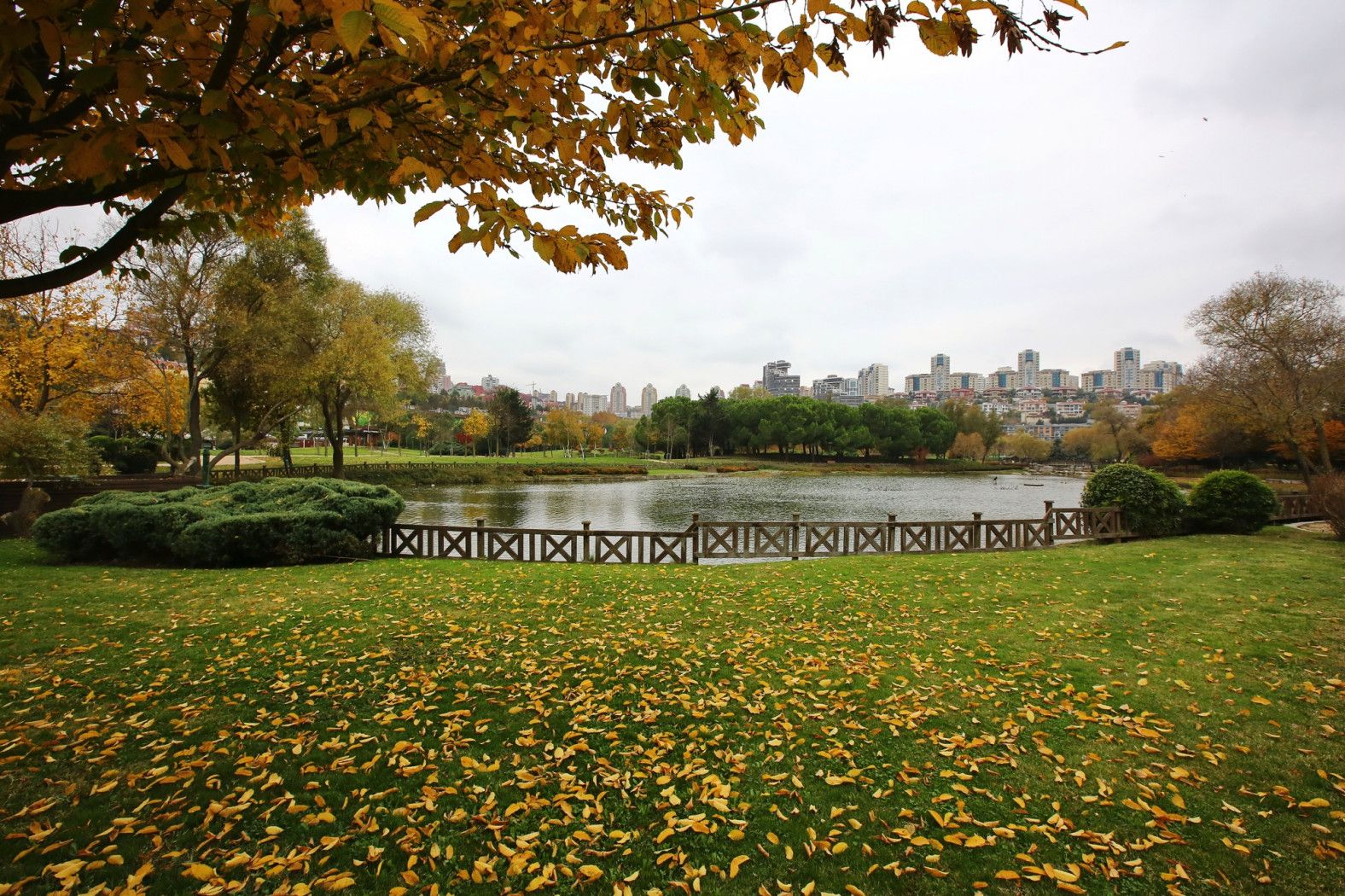 Bahcesehir: The Garden Area In Istanbul

Bahcesehir, aka “sehr-i bahce” or “super town” is an Istanbul district that is located in an important point of Istanbul on the European side of the city within the borders of Basaksehir Municipality. Bahcesehir appeals to the people with pretty high income because of its luxurious residences. With various workplaces and offices it is also a business and a trade center. The last residences in Bahcesehir that were made was made by TOKI. Bahcesehir housing is located in 25 km west of Istanbul city center and is connected to the every district of Istanbul via TEM highway. A part of 3 kilometers of the railway that connects Turkey to Europa between Istanbul-Edirne is passing through this area. Ispartakule Train Station is located in here.

Bahcesehir project was designed to be a satellite town in an area of 4.703.000 m² having 15.400 residences. There is 12 sqm green space per person and in order to ensure the sustainability of afforestation, an area of 40.000 m² is built as a nursery. 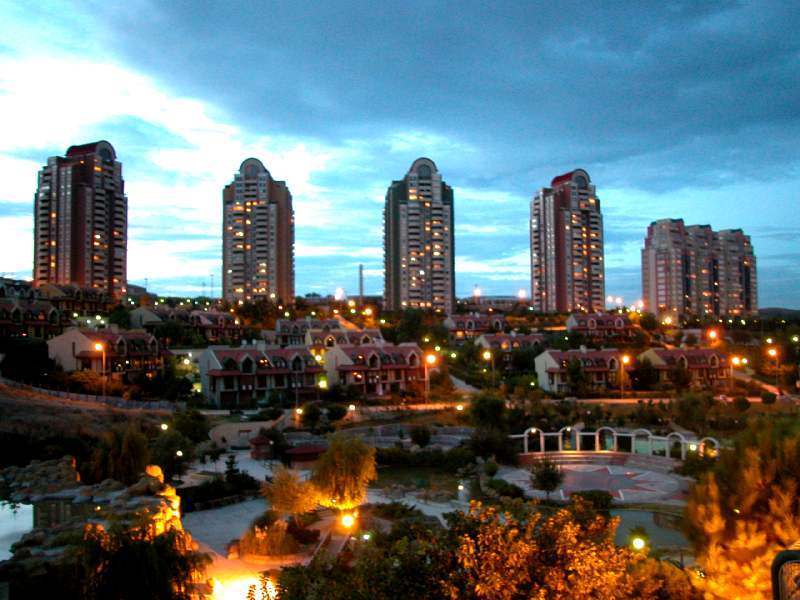 A waste water treatment plant was established to provide resources for irrigation of green areas. The main purpose of the plant is to prevent environmental pollution and to help irrigate green areas. Turkey's first and largest artificial lake, the area of 300,000 square meters restructuring is located in this complex. The complex features various restaurants, private clubs, a bar, a disco, a tea garden and equestrian sports.

Turkey's most important, one of the world's leading satellite town project Bahçeşehir project was awarded the prize in the framework of the United Nations Habitat II, the conference in 1996, "Enterprise Applications and Projects" award, in 1997 in Canada "New Urban Settlement Understanding". 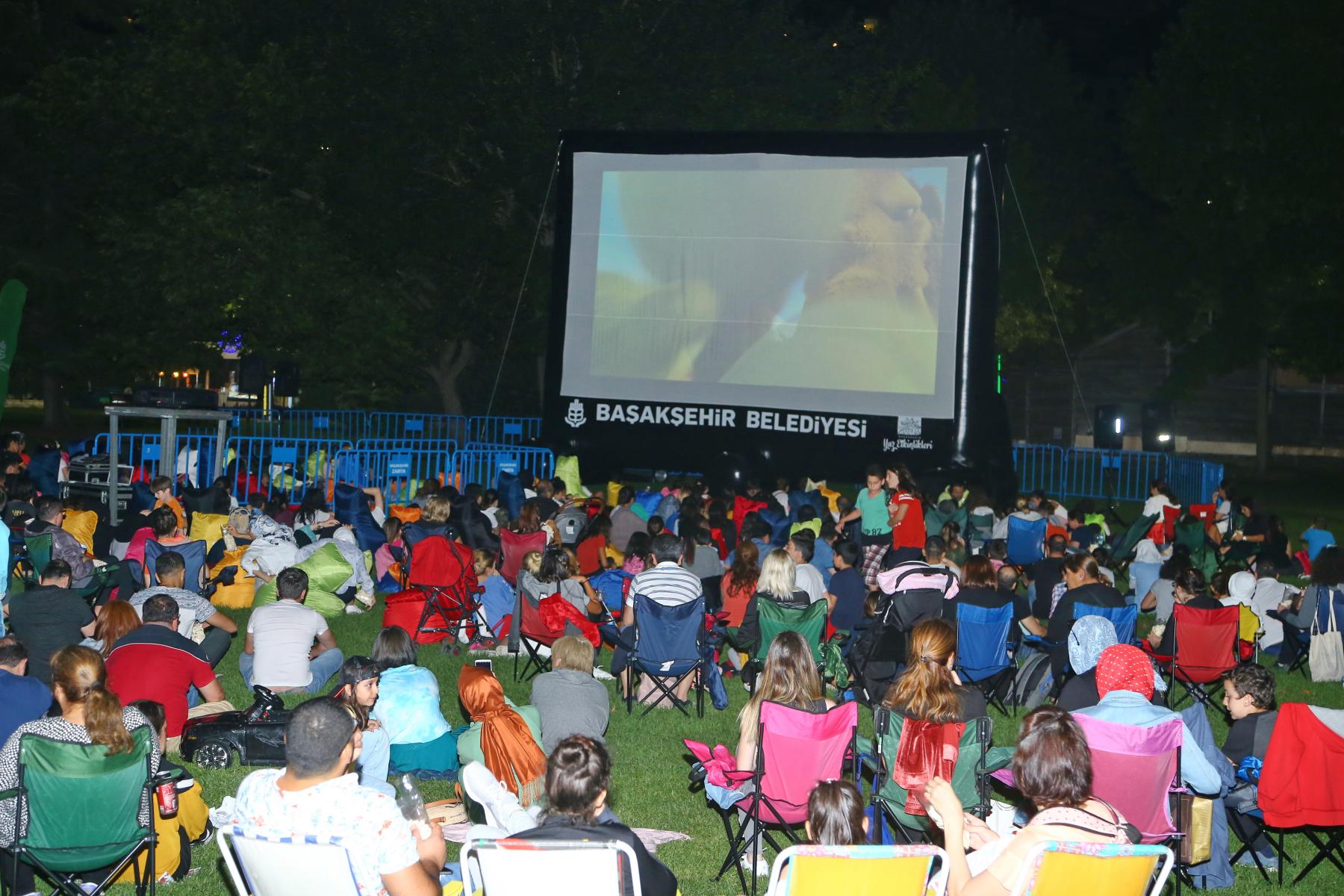 The first settlement in Bahcesehir started in 1994 and was made by Emlak Bank and Mesa Nurol. The population of Bahçeşehir, which was thought to be an average district in its first years, was determined as 287,569 in the 2000 census. Since the neighborhood was opened for construction within the framework of mass housing projects such as Kayabaşı neighborhood, it has grown in a planned manner. Although the inhabitants of the neighborhood have a very high socio-status compared to Istanbul, Bahçeşehir has had a huge increase in population despite the fact that it is not suitable for receiving immigration. Altough it has more population than districts such as Beyoglu, Zeytinburnu, Besiktas, Arnavutkoy, Adalar, Atasehir, Avcilar, Bakirkoy, Bayrampasa, Beykoz, Beylikduzu, Cekmekoy, Eyupsultan, Gungoren, Sariyer, Sultanbeyli, Sile, Sisli, Zeytinburnu and Catalca, it is connected to the district of Basaksehir. The neighborhood is occupied by socio-labor and occupational categories, including journalists, actors, singers, fabricators, general managers, and many famous people and families. The statistics made in Bahcesehir show that the gross national product per capita in the neighborhood is 33,512 dollars. It is six times the average of Turkey.

Bahçeşehir Municipality was established in 1999 and shortly after its establishment, it was awarded the European Environment Diploma (2001) and the European Flag of Honor (2005). With the understanding of municipalism they have been applying, Bahcesehir has been a model municipality for Turkey. Innovations such as family medicine application were launched for the first time in Turkey in Bahcesehir. Due to this project and applications, the mayor of the district was re-elected with the record vote of Turkey (%74.2) in 2004 local elections. 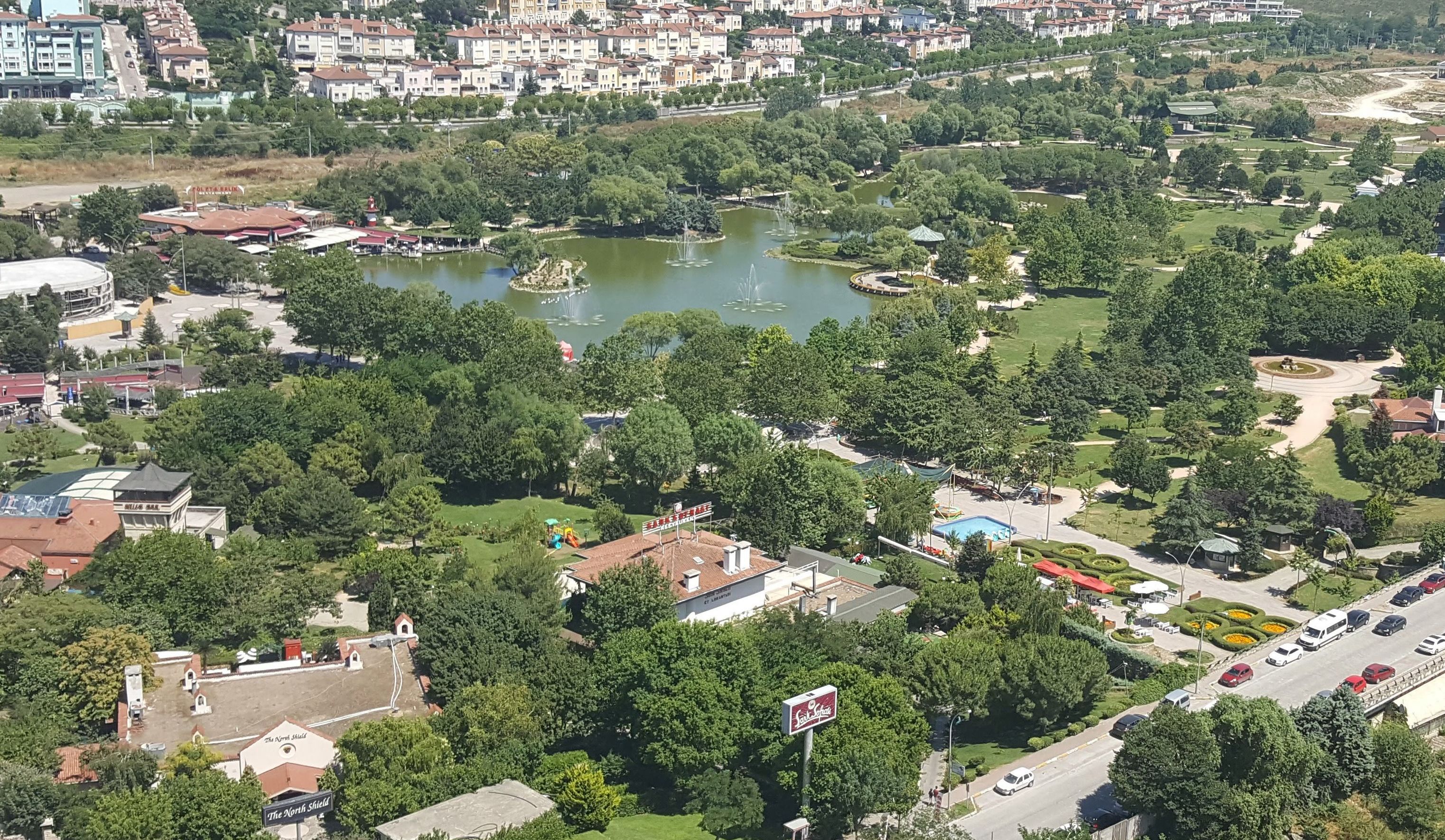 Bahçeşehir Pond, which is the first and largest artificial pond of Istanbul covers an area of 26.000 m2, is located within the 300 thousand square meters of Bahcesehir Park recreation area. In this area, there are various restaurants, playgrounds, private clubs, tea garden and Istanbul's 2nd Grand Arena Stage which hosts various shows and concerts. 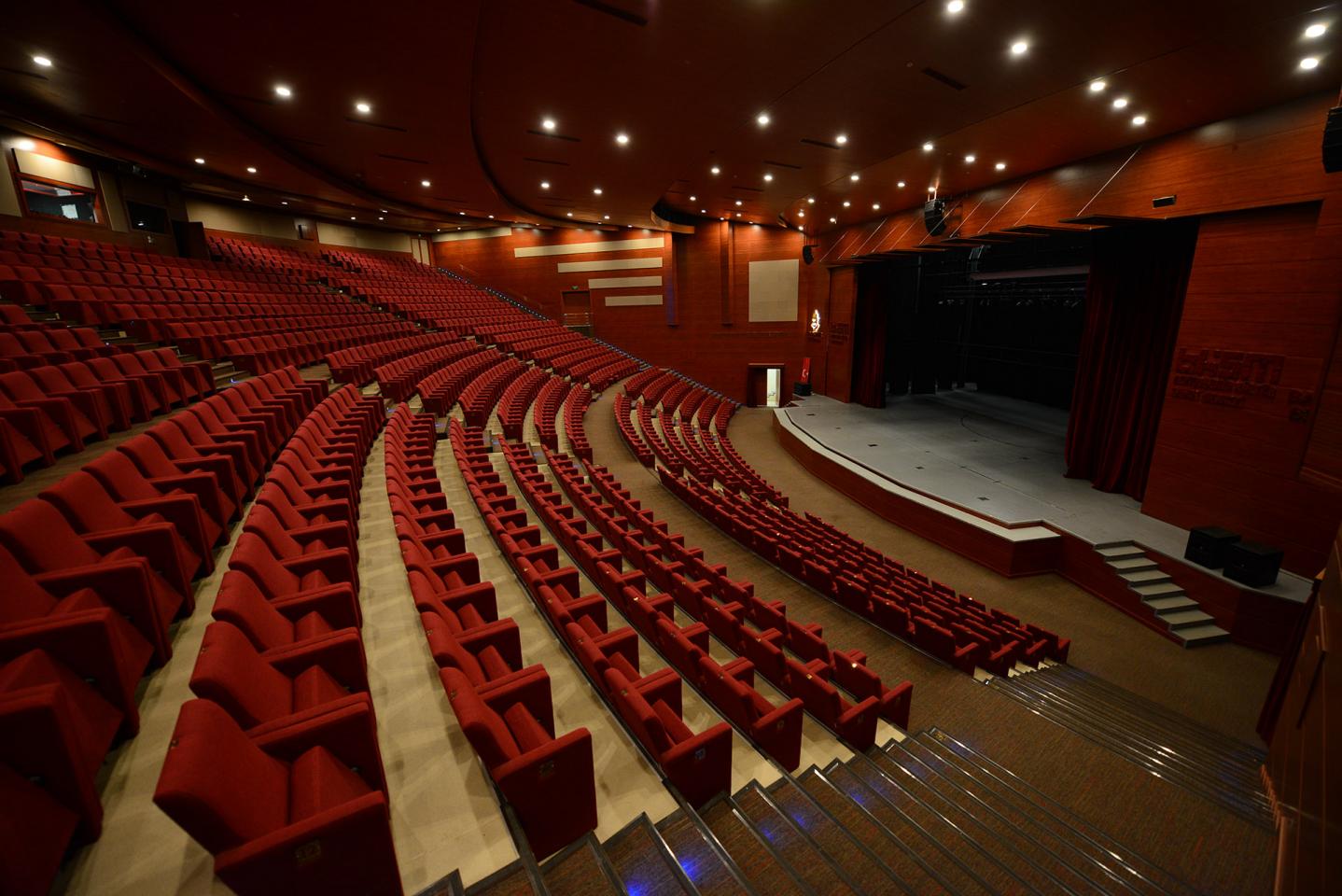 The theater, which serves on an area of 6 acres, has a total construction area of 1920 m2. The ground floor has a seating capacity of 248 people and a balcony of 70 people. There are 3 administrative offices, cinema-light-sound room and balcony on the first floor and there are also backstage and decor depot. 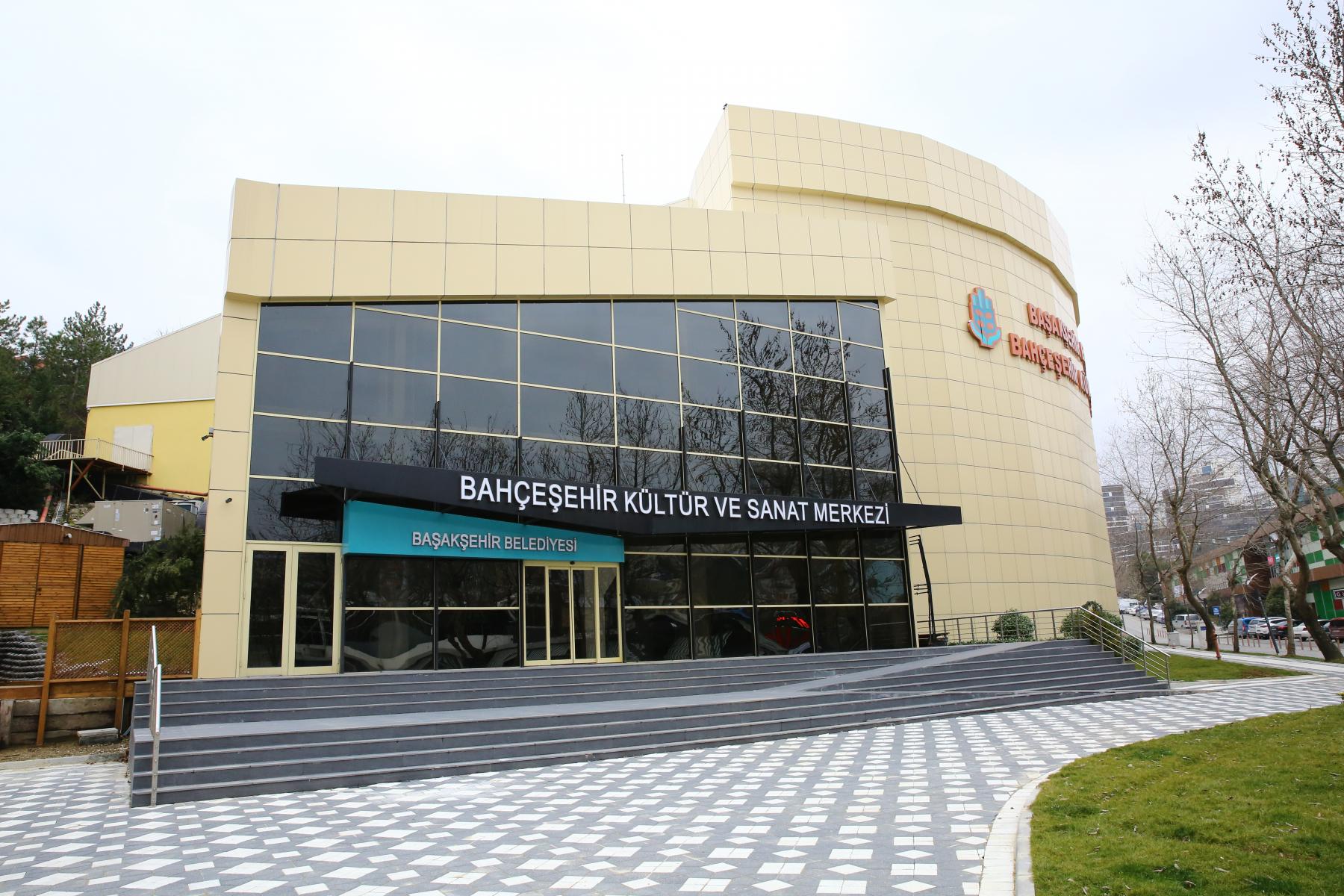 With a capacity of 1.219 people and a lift stage for the orchestra, it is one of the biggest culture and art venues in Istanbul. Bahcesehir Cultural Center is a unique center with the capacity and equipment to easily respond to symposiums, conferences and panels, national and international stage shows, equipped with the most advanced lighting and sound. There is a 40 m2 orchestra pit on the stage that the orchestra can use. Bahcesehir Culture and Arts Center with its indoor and outdoor car parks is a world-class cultural complex.

In where companies promote their products and services at “Summer evenings at Bahcesehir festival” activities. There are concerts, rope acrobats, street performers, animation shows and various fun activities. In these programs, people of all ages, especially young people, have the opportunity to have so much fun. 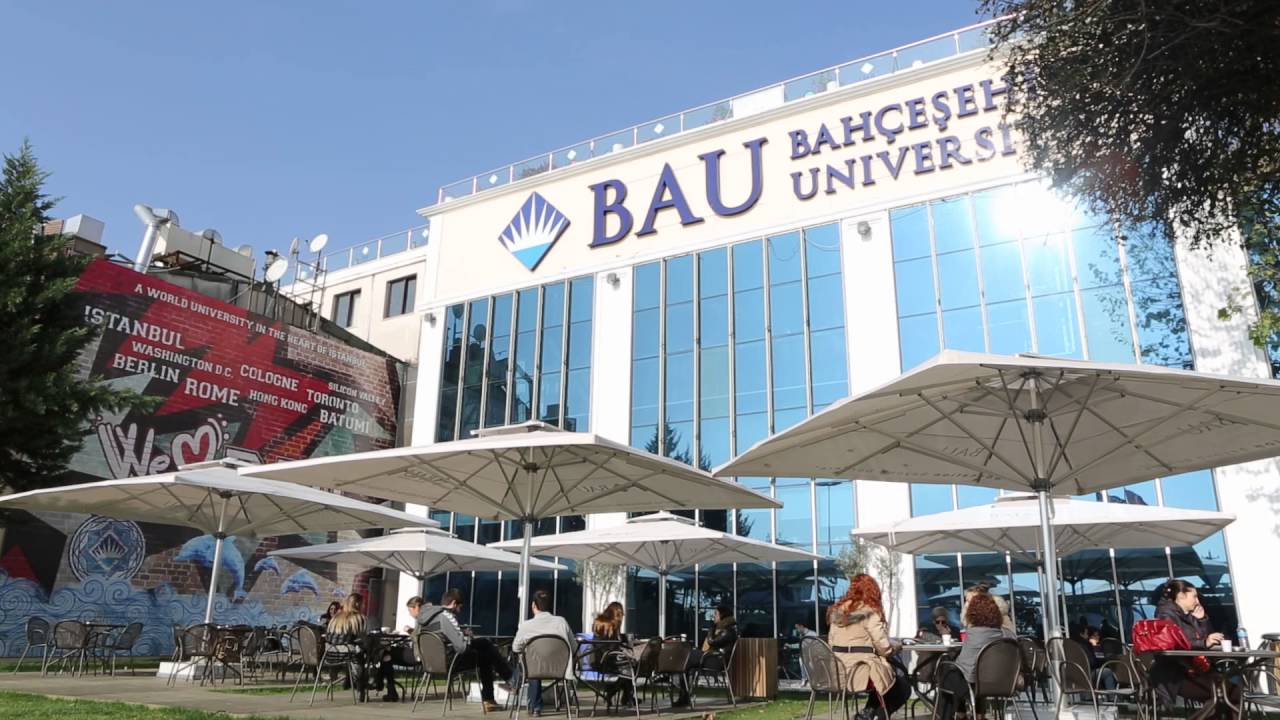 There are 9 faculties, 1 college and 2 vocational schools in Bahcesehir university.

The number of undergraduate students is 17.983.

The number of master and doctorate students is 7.307.

The number of associate degree students is 1,261.

The number of international students is 4,088

A total of 26,551 students are studying at Bahcesehir University.

Bahcesehir University won the prize of “Turkey's Best Brand Award in Education” in 2017.

The district of Bahcesehir is connected to Basaksehir Municipality and Basaksehir has a really successful football club. The team play their home games at Basaksehir Fatih Terim Stadium which has 17.500 seats capacity at Basaksehir. They were in 4th seed in 2014/2015 and 2015/2016 seasons, 3th seed in 2017/2018 season and 2nd seed in 2016/2017 and 2018/2019 seasons in Turkish Super league. Football club of Basaksehir’s jersey colors are orange and navy blue.