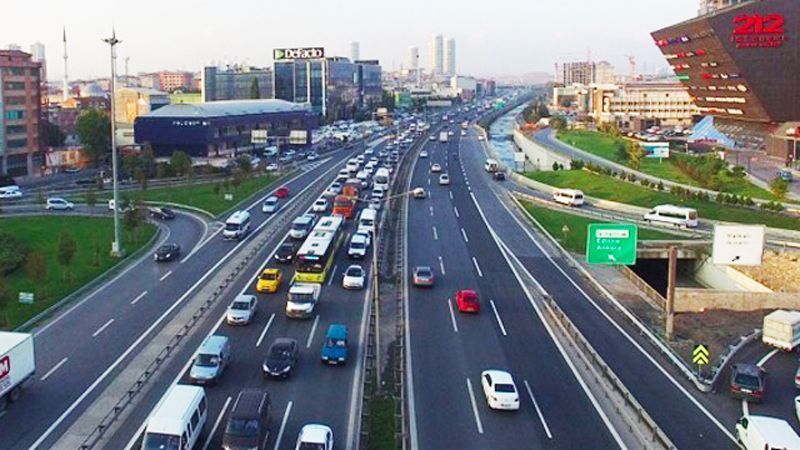 Basin Express is one of the most prominent roads in European side. It has become an investment area through which the Turkish government is tending to attract many local and foreign investors and apply one of the most efficient urban development plans.

That’s the reason why big number of pioneer national and international renowned construction companies are investing in the area and rising several real estate projects with high quality standards and innovative technologies which are remodeling the region into a luxurious business and investment hub with a continuously- increasing value. In fact, prices in Basin express area has boosted about 3.3 times in only 3 years.

This success that the area is undergoing is not arbitrary or came out as a coincidence. It results from a major plan of Regeneration and Urban rehabilitation held by the government.

As a matter of fact, Turkish government has established accurate measures to transform the previously industrial zone into a prestigious service area and a business center able to compete with the biggest business centers in the world. It started by changing the vocation of old factories’ lands from industrial to residential and commercial which started to attract the investors who saw in the area an investment potential to target.

In addition to that, it has invested huge amounts to reveal the challenge and create an economic center after regenerating the area. It was the successful case of Bomonti which is similar in geography and history and where the prices have remarkably risen just after the development of the area.

One of the most important features characterizing Basin Express is its strategical situation. It became a major artery in the city thanks to its intersection with the main roads: TEM and E5 highways and the coast road. It’s also special for its closeness to Ataturk airport and exhibition centers which are important points for some companies. Moreover, it has a direct access to the new airport.

All this leads us to resume the various transport options which makes the area easily reachable thanks to the existing and under-construction metro lines, buses, monorails or even highways. So, no matter which means of transport you are using, you will find an easy access to the area.

It’s thanks to the strong infrastructure that the government is trying to attribute to the Basin Express area through the new and upcoming mega projects such as the new airport, the new metro lines to be finished at the end of the year in addition to the different social and educational facilities.

Until now, the area has showcased a variety of modern design buildings with different occupations such as offices, residences, luxurious hotels and famous universities. But the best is yet to come. The government is planning to build a huge exhibition and conference city of 26,000m2 in addition to the completion of 13 5-star hotels and many shopping centers.

All the circumstances are leading to estimate Basin Express area or Media highway to be the 2nd Maslak with outstanding skyscrapers, high-rise modern buildings and of course the certain increasing investment value.