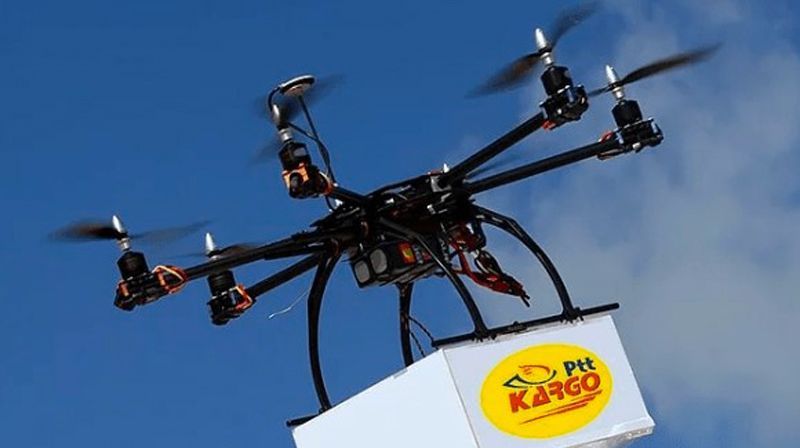 According to Daily Sabah, the director of Turkish post, Kenan Bozgeyik has announced that PTT will launch cargo distribution by drones in the middle of 2019. He also stated that PTT is undergoing a huge policy development to improve its services and to make delivery smoother and more fluent. According to the same policy, PTT will be using automatic lockers and parcel machines.

Explaining the procedure, Bozgeyik noted that customers will simply have to enter an access code to be able to open their cargo boxes loaded in the mobile stations called “Cargomat”. He also stated that a certain number of these machines have been settled in the capital city Ankara with an expectation to spread more of them in Istanbul and Izmir. It should be reminded that the first cargo delivery drone has been exposed last September in the exhibition SAHA EXPO 2018.

The attractive part is that the drone delivery system is completely local, executed by Turkish engineerS using Local materials to make the cargo delivery flexible especially in certain areas with hard topography.

The delivery drone will be directed from special control center through special automatic program. The delivery drone would transport the cargo to the predetermined address and come back to the first station where they took off from again without any pilot intervention.