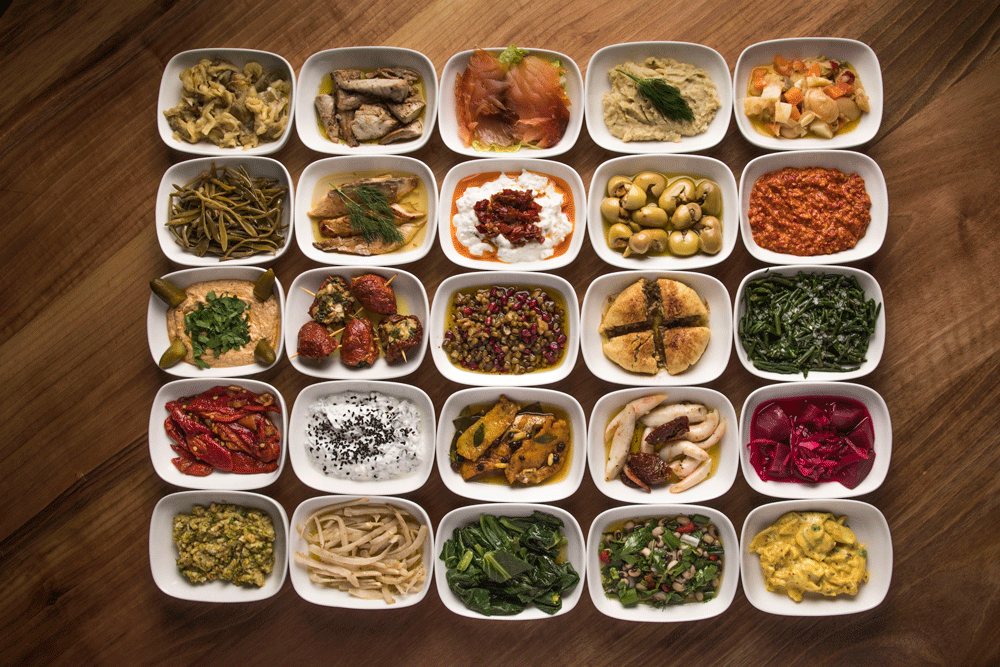 Delicious Turkish Mezes to Spice Up Your Dinner Table

Turkey's connection with 8 different countries on all four sides, has shaped up its culture, society, architecture, and cuisine. While we talked about the main dishes a few times in our articles, there is a lack of side-dishes mentioned. These are not a full course meal, but to be consumed with fulfilling meals often on dinner tables. Although Turkey's nightlife with tables of liquor made the Meze popular, it now appears in everyday life without Rakı (the Turkish Liquor). You can find ready-to-eat mezes in supermarkets near your property or make them yourselves easily.

Meze is not an actual meal. But only appetizers for any meal you want to eat in Turkey. Turkish mezes come in different forms, and you can choose any of them as your appetizer. Among the most popular Turkish mezes include eggplant, salads, and yogurt. In the coastal regions of Turkey, you will find people having an evening affair where they have live music with meze delicacies that have been paired with Balik Ekmek, traditional licorice alcoholic drink, and fish.

Mezes are essentially snack foods that are fancier than chips both calorie-wise and looks. Most lack carbs in their ingredients, but can sure make you feel full if eaten excessively. Famously delicious mezes are made with a mixture of yogurt with vegetables, therefore making a great alternative to late-night cravings.

1) Sarma
You are thinking, wait, I know these. Wasn't Sarma a meal? Well, it is, if you are putting two-three serving spoons of them on your plate. Sarma is quite fulfilling with a dash of yogurt on top. It is vine leaves wrapped around rice with a sprinkle of meat (depending on the region). Since Sarma is often served in individual pieces, and without meat in them, they are offered as just 5-7 pieces per order on a plate at restaurants. Making them a great choice for meze tables with multiple guests. Sarma is so popular that it is one of the topmost sold frozen food in Turkish markets, and even across oceans.

2) Haydari
This is a small plate of yogurt mixing with garlic, spices, and a dash of leaves. Its simplicity reminds the eater of Sour Cream for its quite hard surface, and the way it spreads on bread. On Restaurants, especially on Rakı tables that prefer to not eat a meal, Haydari is almost the first choice in Mezes for the way it keeps the table guests hunger at bay. This meze has become an instant classic and carried the Turkish Meze culture to international kitchens.

3) Pasted Eggplant (Patlıcan Ezmesi)
Imagine an ingredient that appears more than yogurt in the Turkish kitchens. That is eggplant, often found in pasted form, reminding yogurt to the taster. Eggplant can be found on almost as many mezes as yogurt, sometimes mixing together to create a delicious way to fill yourself with bread.

4) Deniz Börülcesi
There is no definitive way to translate this food name. While "Deniz" means sea, börülce is... okay, a quick google search shows me that it translates as Black-Eyed Pea. It is not the pea part that is served, but the green weed side. It is worth noting that the pea part also makes quite the meze, the famous Hummus. Apparently, the first humans who dived into the seas of the Aegean were culinarians, because as soon as they spotted Black-Eyed Peas growing underwater, they said "we should mix them with olive oil, lemon juice, and spices." Now, Deniz Börülcesi has become quite the stage killer with its appearance on meze tables. It is the healthier alternative for those who wish to stop spreading yogurt or eggplant paste on their bread, as Deniz Börülcesi is tasty enough to be eaten by itself. 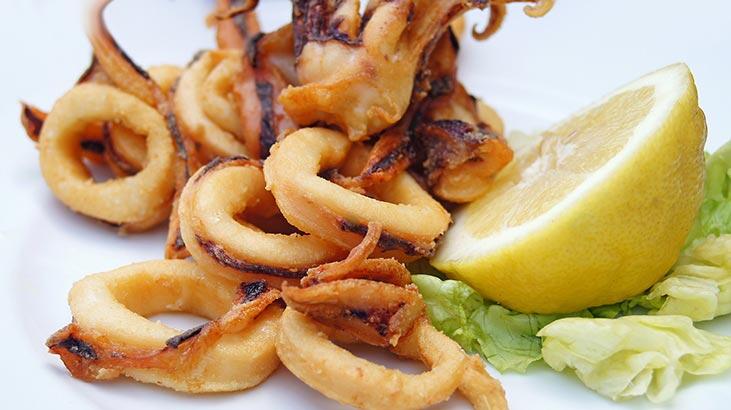 5) Kalamar / Calamari
Other than Sarma, Dolma, Yogurt, and now Baklava, Kalamar is yet another reason why the cultures of Turkey and Greece clash on who owns the recipe. While the seas of the Aegean and Mediterranean are home to various seafoods that make each country an absolute destination, octopuses are often the main reason. In the making of Kalamar, parts of octopus are cut and fried. They are served with a homemade tartar sauce and make themselves one of the expensive yet healthier and delicious alternatives to fries.