Construction of the Roads Are About To Finish

5.4 kilometers of the Avrasya Tunnel Project consists of special designed underwater 2 floors tunnels that will be used by cars. Tunnel passage is nearly finished and asphalt works were completed. Road widening and restoration jobs are being continued either in European and Asian Parts of the Project. To this end, works are being continued on newly restored line of Kazlıçeşme-Sarayburnu too. Roads are being widened and car underpasses and overpasses are being built on Fatih, Kennedy Street. New built roads look like giant worksites on air photos of Istanbul. Main signboards of the tunnel were set up on side roads of Sarayburnu – Kazlıçeşme and Harem – Göztepe. 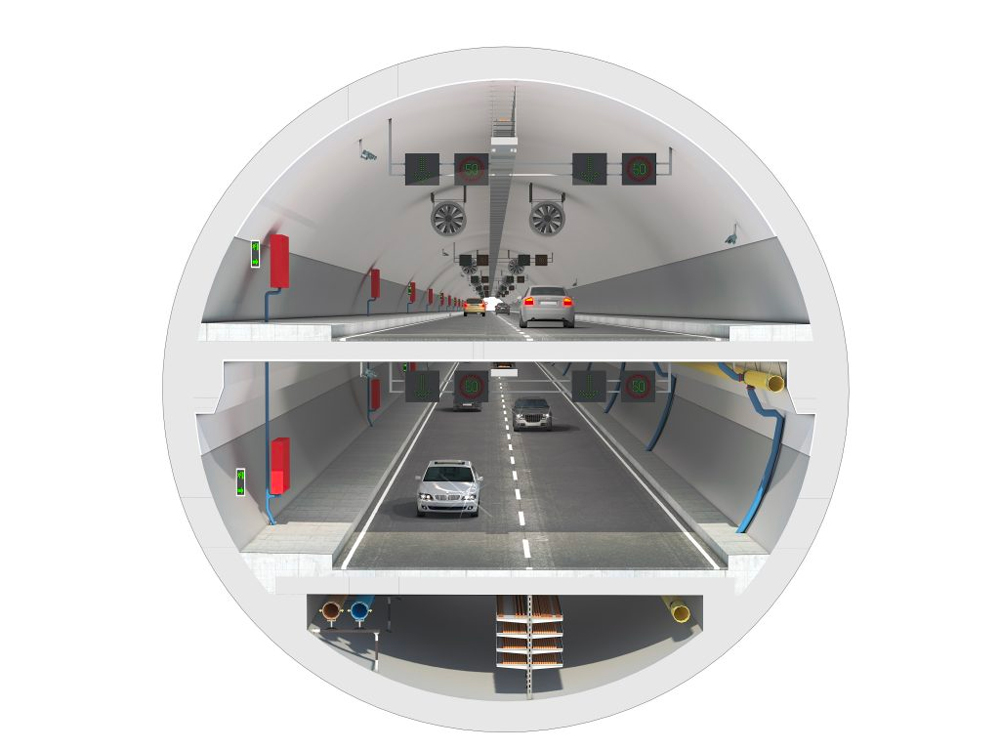 Importance of the Avrasya Tunnel on Istanbul

The Project’s investment rate consists of 1.245.000.000$ and the firms that will finish the Project, will operate the tunnel for 29 years too. It had been aimed to be finished in 55 months, but it was decided to be completed until the end of 2016 to heal the traffic jam of Istanbul. Within this aim works has been accelerated. The journey time will be only 15 minutes after this project is finished; meantime normally it takes 100 minutes to complete the same route. The project will make the passage between Continents quicker by car. The tunnel will endure to 7.5 of Earthquake. The deepest point of the Tunnel underwater is 106 meters. In the first year of Project, it is planned to be 4$(without taxes) fee to pass the tunnel. Project has got important influence on Turkey’s real estate and already increased the rental fees of the nearby rooms and work places. This project will be the first roadway passage under Bosphorus and will be opened at 21 December 2016.