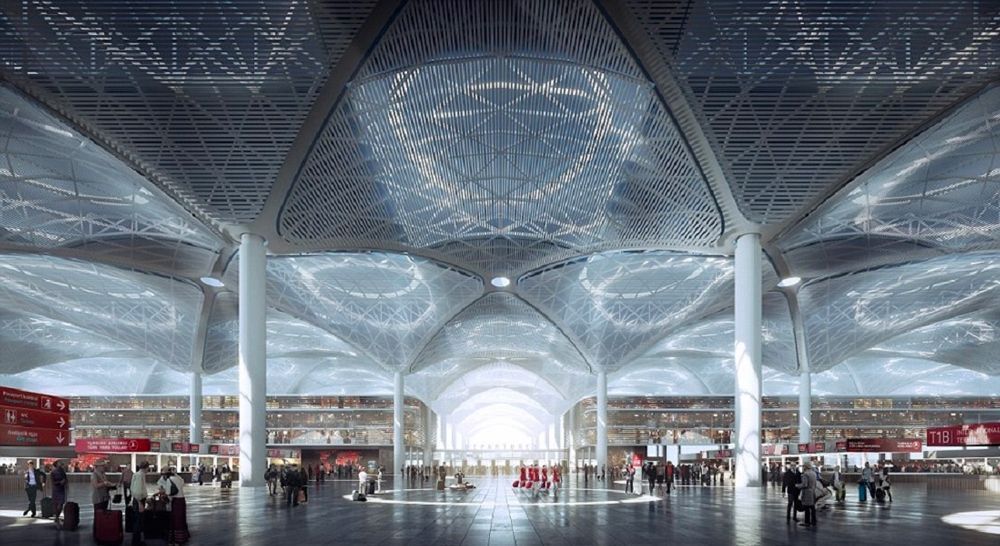 Istanbul New Airport Project has won the 2016 International Architecture Award from the Chicago Athenaeum: Museum of Architecture and Design, and The European Center for Architecture Art Design and Urban Studies. The award-winning project was designed by Pininfarina and AECOM with architectural metaphor from the tulip flower, which is a key motif in Istanbul’s rich cultural heritage. 370 projects coming from all corners of the world had been evaluated to select the winner by the jury of Italian architects and critics. In ceremony held in Athens on September 23, 2016 the award was granted to Yusuf Akcayoglu, CEO of IGA Airports Construction with Pininfarina and AECOM representatives.

In his speech after accepting the award, Yusuf Akcayoğlu CEO of IGA Airports Construction declared that they have broken new ground in the New Istanbul Airport (NIA) Project. Then he added “This unique building, with contributions of the world wide known designer Pininfarina, is famous for Ferrari designs, will become an icon for Istanbul and we expect that this stunning futuristic airport will speed up the economic growth of our region and country. We hope to bring more awards to Turkey with this project. We are planning to lay the foundation for the tower in October and complete it within the first half of 2017.”