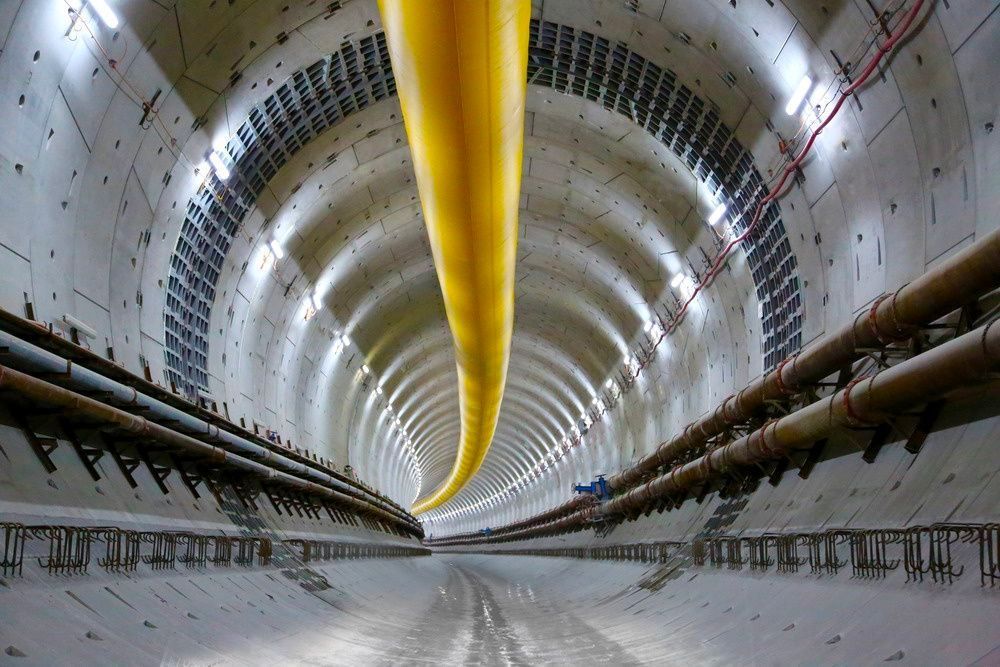 Mega Projects of 2016 in Turkey

Ministry of Transport, Maritime and Communications declared that, in 2016 with their modern technology and magnitude, many mega projects will be at service of the citizens of Turkey. These are,Yavuz Sultan Selim Bridge, the third bridge that links Asia and Europe, Osmangazi Bridge, that links the Gulf of İzmit to Gölcük, the EuroAsia Tunnel Project that aims to link Asia and Europe under the water by sub-sea tunnel and The Iron Silk Road Project, Bakü-Tbilisi- Kars Railway Line.

The most important part of the northern Marmara Hİghway Project, the Yavuz Sultan Selim Bridge is the widest bridge and tallest suspension bridge in the World. The bridge is 1408 m. long and 59 m. wide and 322 m. Height. The bridge was designed for motor vehicle and rail transit and was opened on 26 August 2016.

The bridge is designed as a suspension brige to curtail the journey time to 6 minutes to reach Gölcük from İstanbul and was opened in June 2016.

The Euroasia tunnel aims to link the two continents Asia and Europe with a sub-sea tunnel. The tunnel will be the deepest in the World and supposed to open by the end of this year.

This projects aims to link three countries, Azerbaijan, Georgia and Turkey with a rail road. Bakü-Tbilisi-Kars railway line would help the business between these countries and supposed to transport a million passenger and 6.5 millions of tons of loads.