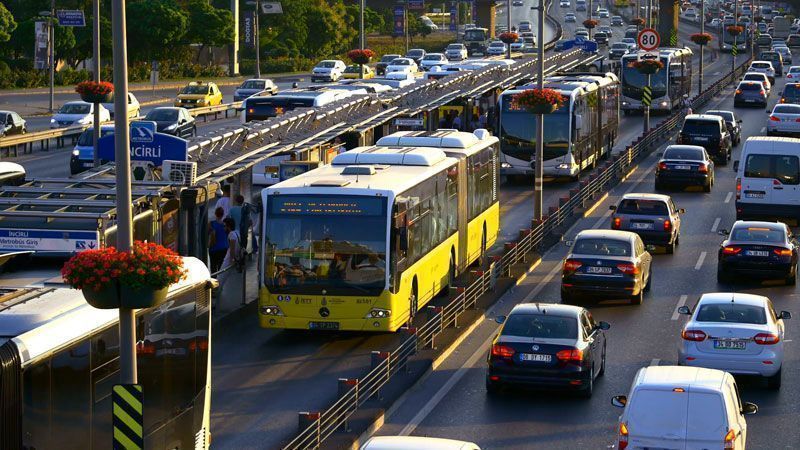 Public Transportation Use in Istanbul hit a record on 2018

The public transport issue in Istanbul has always been a challenge for the metropole. In fact, the population increase day by day in addition to being one of the first tourists’ destination are making it more and more effortful. We all know that Istanbul is the beating heart of Turkey and the economic center of the country as it has been appealing many investors in the recent few years especially in the real estate market. Moreover, it’s the living bridge between Asia and Europe.

All these features are making Istanbul one of the most attractive cities in Europe and in the world but at the mean time they are exposing it to serious confrontations. But Fortunately, all the recent statistics are showing that the authorities have succeeded this challenge in the best condition. In fact, according to the statement of Istanbul Metropolitan Municipality, Public transport use has hit a record in the year 2018. In fact, Passengers number reached 1.6 million last year. Buses have been the most used means of transportation with 15 million trips which is an equivalent of 9016 journeys around the world according to Daily Sabah Newspaper.

This wouldn’t be possible without the developed Istanbul urban transport network that it’s considered as one of the largest systems in the whole word. Istanbul is providing a major railway system with a total length of 170.7 km hopefully to reach 641 Km by the 2023.

However, the BRT system known locally as metrobus is the main transport mode implemented on the main highway over 52 km. Moreover, being surrounded by sea from every part gave the brilliant idea to install a waterborne transport line with 34 ferries and 34 quays. *According to IETT statistics The motivating part is that the authorities are committed to keep the efforts with the same rate to achieve the 2023 goals that aim to implement an efficient transport system apt to face the important stakes.