Reasons to Move to Turkey

For many foreigners to Turkey, Turkey is a great place for a holiday destination for its great weather, amazing foods and hospitaliy.

Even though it sounds great to imagine living in abroad, there are lots of things to consider before moving in a country you know nothing about or have limited information. Every decision should be personal and not an obligation.

There are serious things to consider. For example, lifestyle of the country may not lure you once you move to that country.

It's vital to take a moment and think carefully every aspect of your decision. Once you make your move, there is no turning back.

Why do you want to move ?

This is an important question to think. If you want to move some other country just because

you've seen the pictures of that country or you've gone there for a vacation does not mean you want to spend the rest of your life in that country.

You should bear in mind that there are lots of aspects to think about like laws, healt insurance,

residency permits and such. Shifting to Turkey only because you have good memories of

Turkey could be non-realistic. Write down your reasons for moving.

Getting to Know Turkey

Turkey is a country in both Europe and Asia with its lovely culture and tremendeous history.

Republic of Turkey have 81 provinces. The money of Turkey is called Turkish Lira.

The capital is Ankara, a city in the central region, called Anatolia. The cultural and economic center is in the European side of Istanbul.

Many civilizations were located in the area that is now Turkey, like the Hittites,

the Roman Empire and the Byzantine Empire.

Many important events in the history of Christianity happened in Turkey.

Because it lies in both Europe and Asia, some people see Turkey as the "door" between them.

Turkey makes enough food to feed itself. It's a popular place for tourists to visit.

It has hundreds of kilometers of beautiful beaches on its Aegean and Mediterranean coasts, and many historical places.

Are You Ready to be Open-Minded about a New Culture and a New Language ?

Taking advantage of the laidback, comfortable lifestyle and experience 4 season

in a year may sound inticing but it's not easy to learn about a new culture and a new language.

Most people in Turkey accepted Islam as their religion. This religion, of course just like

the rest of the world, affects everyday life and county's culture.

There are two important religious holidays in Turkey.

to celebrate the end of the fast of Ramadan month. Also known as ''Seker (sweets)

Bayrami since it's customary to offer candies to family members and friends that are visiting.

Other holiday is called Kurban Bayramı (Sacrifice holiday) it is a four day festival when sacrificial sheep or cow are slaughtered and their meat distributed to the poor.

want to spend your life in Turkey, you should at least change your perspective and respect the beliefs of Turkish people.

Moving to Turkey: Why should you move to Turkey ? (Pros)

Mediterranean Sea, Sea of Marmara) and the benefits of this is very obvious.

This means you can build a snowman, you can sunbathe and swim, you can run around the beautiful flowers and you can have rainy days in the course of one year.

2- Delicious Food: Turkish foods rank as one of the most yummy foods in the world.

Food is great and diverse. If you like meat, you're in heaven and if you don't you can always count on sweets or vegetables dishes.

Most populer ones are Doner Kebab, there are almost no Turkish person who doesn't love a good doner kebab,

Iskender Kebab, popular all over the country, thin slices of lamb or beef in tomato sauce,

served over cubes of pide bread with a scoop of yoghurt and grilled vegtables by the side, and last but not least,

of course famous Baklava. Baklava is the most popular dessert of Turkey, i don't want to describe it,

you should just taste and see. Most of the Turkish people have the motto of '' Don't eat to stay alive, Stay alive to eat '' I guess this motto sums up how important the food is in Turkey.

3-Cost of Living: While it’s true that the cost of living in Turkey has been rising year on year, it is still possible to pick up property bargains, pay low rents, buy cheap, good quality fresh food and eke out a high-quality,

low-cost lifestyle, especially when compared to many European countries and the US.

4-Low Crime Rate: Turkey is a low crime country; anyone settling there is unlikely to be troubled. As with any country, sensible precautions need to be taken. Don’t flash the cash in crowded places and beware of pickpockets.

Ladies, please remember that, although Turkey is proud of its secular tradition,

the overwhelming majority of people are Muslim and many are conservative. Be respectful. No-one will expect you to dress head-to-toe in poly-cotton sheets, but away from the coastal resorts and city centres of Istanbul, Ankara and Izmir, women are expected to dress modestly.

5-Turkish hospitality: It’s easy to make friends in Turkey. Maybe it’s due to the sun, but Turks and the people you meet in Turkey seem far happier and more accepting of strangers.

The locals are well known for their hospitality and it’s true, you would find it hard to run across more pleasant and hospitable people.

If you get lost or can't find your way to some place, there are helpful people on the street when it comes to directions.

It’s easy to walk into a bar, join a club or simply get talking to people in Turkey.

As a couple or solo, people are naturally friendly and interested in talking to you.

Turkey is a great country to choose a new lifestyle as you can make friends easily and be as social, or as anti-social as you wish.

6-History and culture: Turkey is huge, in fact, it’s as big as the UK and France put together. It’s also extremely diverse with a foot in Asia and Europe. Many civilizations have stamped their footprint on Turkey – the Romans, Byzantines,

Lycians, Ottomans and Greeks to name but a few. Historic sites are everywhere. Each town,

city and village has a fascinating story and its own set of historic and cultural attractions. It’s hard to get bored in Turkey. There’s just too much to do and see!

Cons of Moving to Turkey

1-Speaking Turkish: It's true that lots of people say it's difficult to learn Turkish language,

they say it's hard to remember words and master pronunciation.

It's not very troubling if you choose coastal parts of the country like Izmir and Antalya because many locals speak English due to the tourism trade.

2-Lack of Private Space: Look closely into which neighbourhood you want to llive because you may not get along with your neighbours.Most people think they gave all the right to interfere with your personel life.

3-Homesickness and Family Bonds: Every family is different in their own way and some people are happy living their retirement days in the son, some other people miss their grandchildren or get sad cause they cannot just hop on a bus to see them.

From Turkey to Middle Europe, it's not close or cheap as they used to be.

Sit down with close family members to discuss how the move will affect everyone.

1-Where is the best places to buy property ? 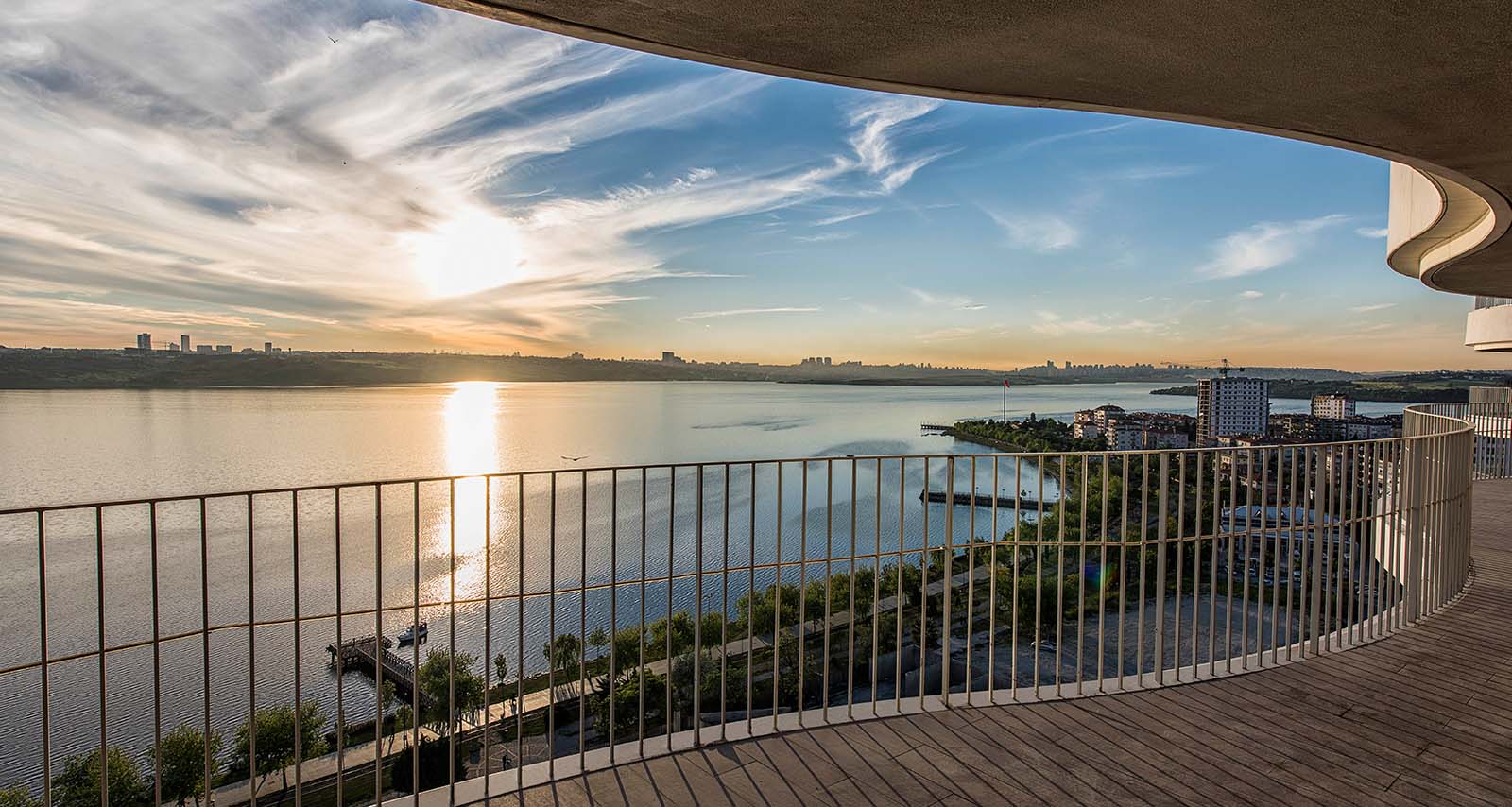 It depends on what is it that you like. You can ask yourself a few question to decide.

How do you want to spend your days in Turkey ? If the answer is i want to sunbathe and swim all the time and don't want to live in a crowded place, i'm very sure you'd be very pleased to move to Antalya. What's your budget ?

If you like to move to coastal areas with tourism attraction and think i don't have enough money, don't worry.

Some areas of Antalya may be expensive but there are also other places like Muğla/Bodrum, Fethiye or Bursa/ Mudanya.

For More Information About the Properties Options

2-What about education in Turkey

In large cities such as İzmir and Bursa the Turkish schools are modern you can choose for your children a private or local school.

The parents who have put their children in the local schools have said positive things about the education system in Turkey.

The only obstacles which the parents face are when they had to help their children with the homework.

Turkish schools start to teach the children how to seal by small boats for children and they spend most of the time outdoor with their teachers to learn about nature and history beside many other activities.

For Further Information About International Schools in Istanbul

It depends on the concept of safety for everyone.

Turkey is like any other country in the world has its own problems.

Crimes in Turkey are rare however it is important to know the statistics. Let’s make a comparison between USA,UK and Turkey.

Last year the statistics show that from 4.1 to 5 reports that have been published about normal to extreme crimes,

In the south cities where most of the tourists located crimes are almost not existing and they are the most safe places even more than the large cities in Turkey.