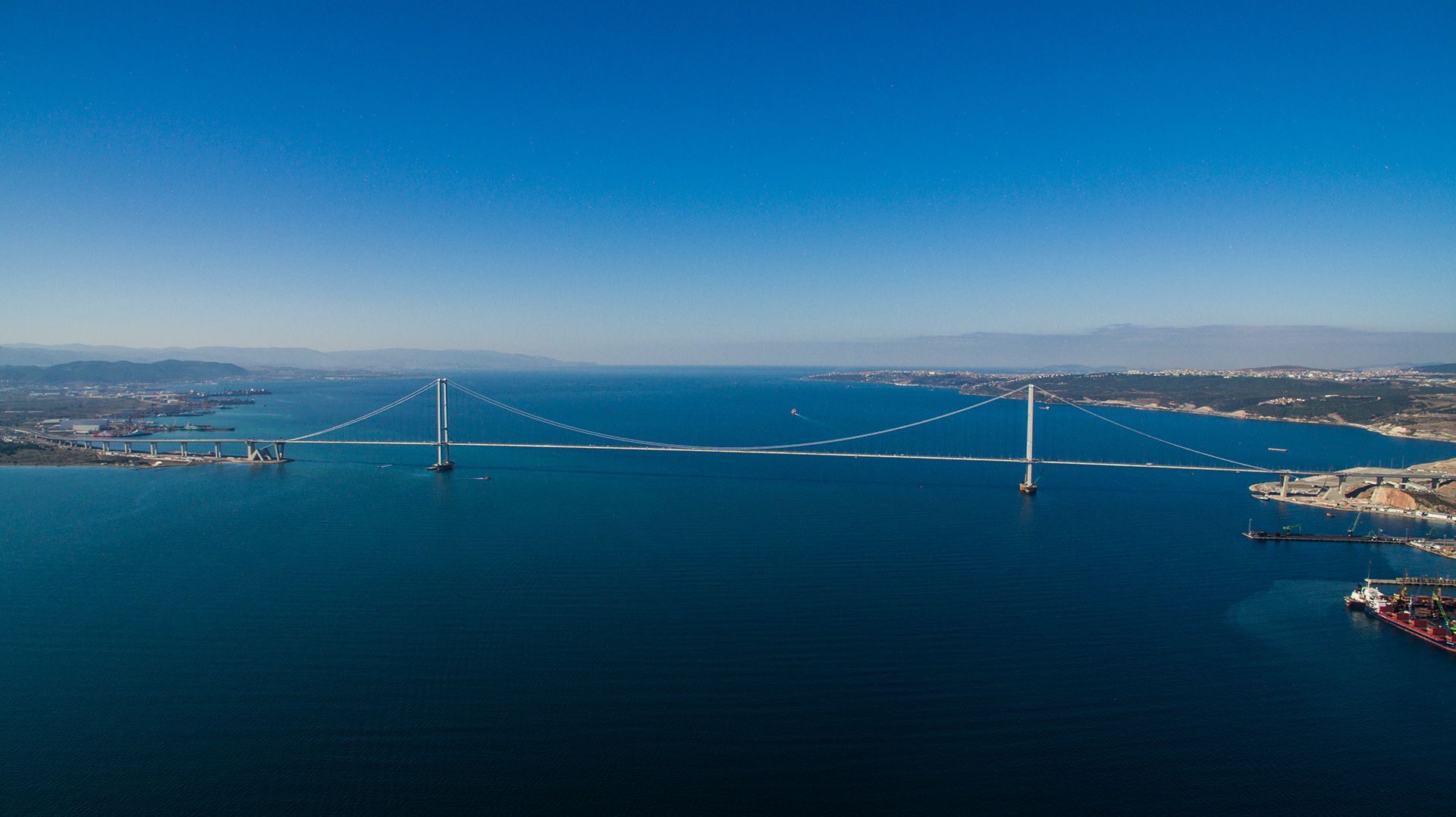 The project was designed as a suspension bridge to curtail the journey time to 6 minutes from more than two hours to reach Kocaeli from Istanbul and was opened in June 2016.

Osmangazi is the first and main point of the Gebze-Izmir highway project, which will reduce the distance between the cities of Istanbul and Izmir from 9 to less than 4 hours. The Osmangazi Bridge is the fourth-longest suspended bridge in the world.

More than 8,000 workers, engineers, and specialists were involved in the construction of the 2,682-meter bridge 36 meters high and its towers 252 meters, the bridge is considered of eco-friendly bridges, where it was created in an arc to bend aside from Lake Herzegovina and where different species of birds live.

The bridge eases transportation both for leisure and industrial, while contributing to the national economy through the priced highway booths. The Osmangazi Bridge is also the most important point in the Gebze-Izmir highway project, which costs about $9 billion.

The bridge began to establish new industrial areas in the Yalova area around itself through several local projects that helped the province evolve. It continues to boost the regional economy to this day.

Constructed with a Unique Concrete Design

The construction work on the bridge lasted about 39 months. Special high performance concretes called Durabetplus and Durabetself used in the construction of Osmangazi Bridge. The foundation stone of the bridge was laid at a ceremony held in Yalova on 30 March 2013. The concrete utilized in the foundations of the suspension bridges towers, anchorage structures, and closing viaducts. Durabetplus and Durabetself are durable against environmental effects, impermeable, have a low risk of crack and high performance furthermore their control of heat development ensured and they are permanent concretes that do not need any maintenance at least 100 years. The designers used one of the most unique features of Durabetplus and Durabetself which is the hydration heat development and they keep the concrete on its ideal temperature during the seasonal conditions. Hence, this will protect the bridge against early age cracks and provide a long life period without any maintenance. This process has been done on 265 thousand cubic meters special concrete used in two separate North and South worksites. Tens of equipment were ready to continue the process of concrete pouring uninterrupted.