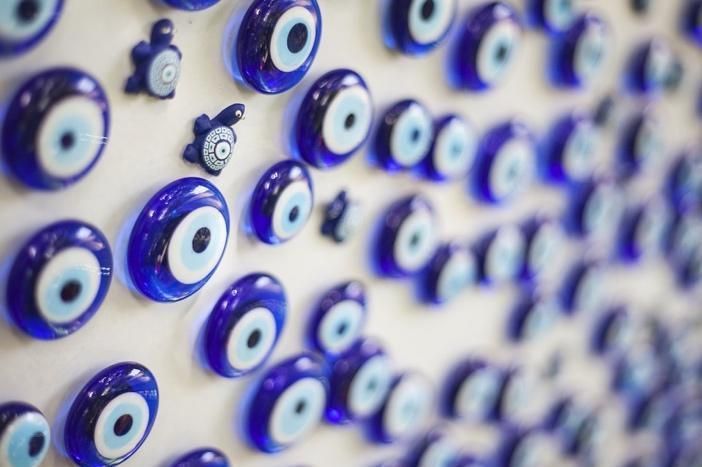 What is the Blue Evil Eye Talisman in Turkey?

The need to believe in a higher and more powerful being than man has been an ongoing need for ages. In light of this belief, man sought various ways of worshiping this higher power and sought help from him. The evil eye bead is one of these beliefs and one of the ways to seek help from the higher power.

What is Blue Evil Eye?

What’s the Meaning of the Blue Evil Eye? 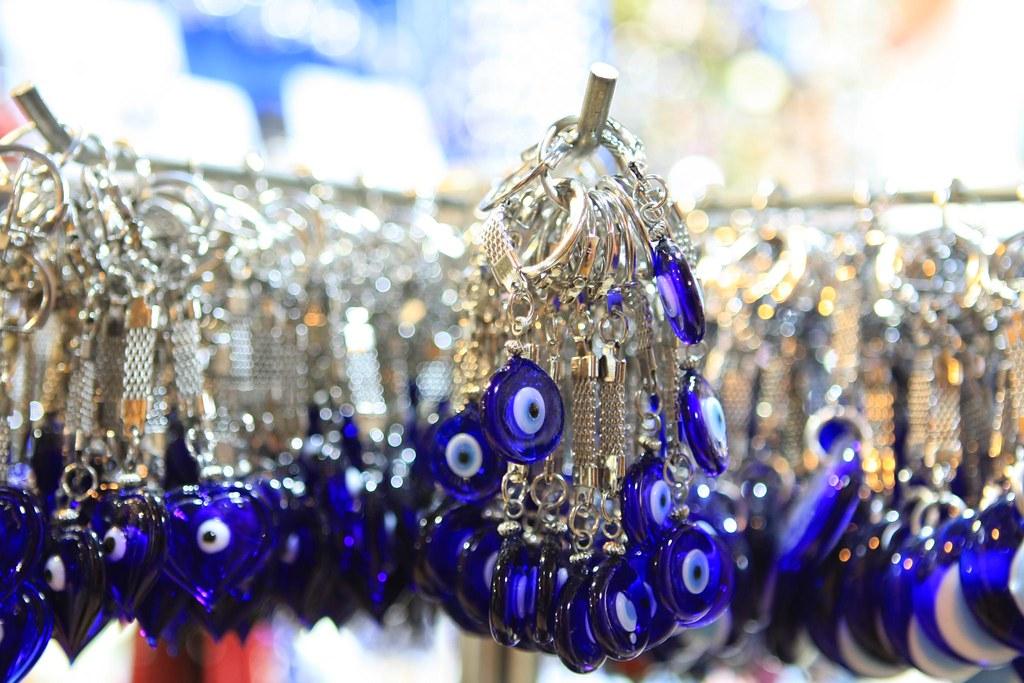 As a common concept, evil eye bead is a talisman or amulet for the protection from evil beings and as Turkish people say it “Nazar”. This object’s history dates back over centuries and can be found around Greece and the Middle East. The amulet served as the most common protector against mystical evil forces and bad energies. It is believed that the people who have achieved great success draw upon the jealousy of other people and that one's fortune can be reversed due to the evil eye. This little amulet protects from the evil eye if it is used as a jewelry or hung on doors or walls. This belief has existed among generations as well as between cultures. In Turkish, that is why the `Blue Evil Eye Talisman` is referred as "Nazar Boncuğu"

Even today Turkish people use this talisman as protection and for good fortune. Commonly believed that the evil eye or bad energy comes from other people and caused by jealousy. That’s why Turkish people give evil eye bead at births, weddings or as a house-welcoming gift and even for new purchases of cars, houses, etc. 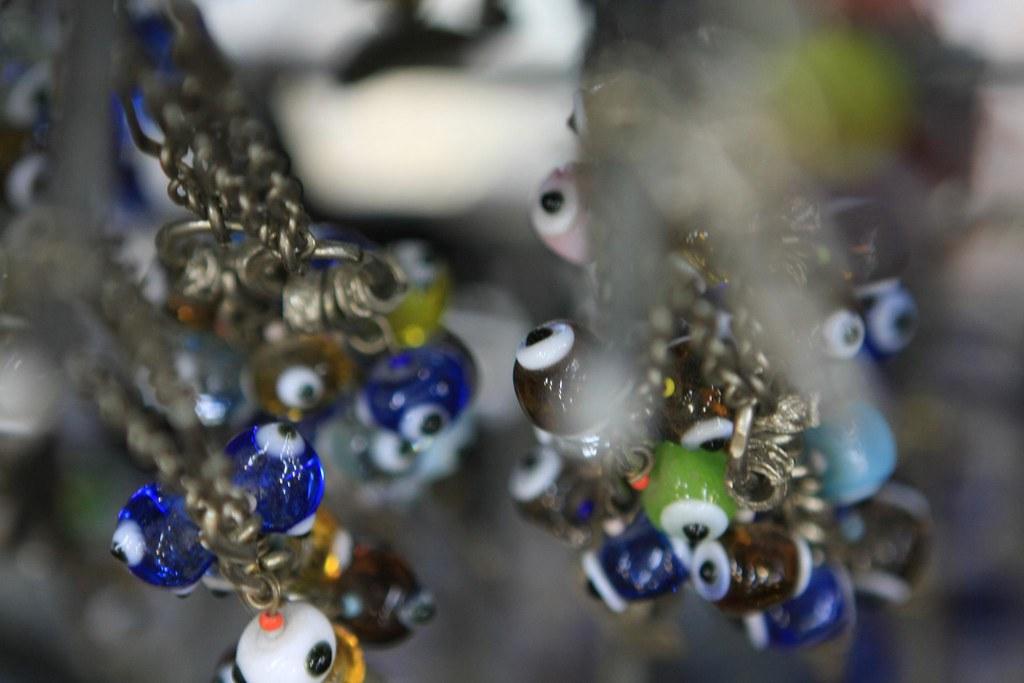 This bead is made from glass. Craftsmen use a large furnace to mold the glass into various shapes and sizes. It’s made in various colors like, red, orange and yellow but mostly in blue. It is not clear why blue is used, but there are some theories. According to one story, blue indicates a new and bright day, referring to a clear sky. According to another story, blue-eyed people are believed to have special powers. Since the blue eye is not very common in Anatolia, it is thought that such a belief was born. According to this belief, blue-eyed people are intentionally or unintentionally causing evil and inflict bad energy to other people.

You can buy evil eye beads almost anywhere. Souvenir shops are might be the best option to find its variations.