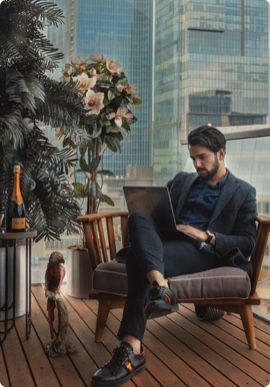 Work For Foreigners In Turkey

According to the Turkish Ministry of Labour and Social Security's August 2019 data, 919 thousand 61 foreigners had residency and working permits in Turkey. Most of the foreigners living in Turkey in 2018 were from Syria, Georgia, other Turkic nations such as Kirghizistan, Russia, and China.

Past mid-2000s, foreigners working in Turkey usually mostly did so illegally, with less pay than their citizen coworkers, and under threats of deportation. The process is now smoother and secure, leading more foreigners to seek employment within the country.

While foreigners are still not allowed to work in security, as a seafarer, medical professions such as nursery and veterinary, as well as notaries and law firms, there are still plenty of work opportunities in Turkey.

Getting a Work Permit in Turkey

Work permit applications are done only directly through the Social Security and Labour's local offices or their online system. For the first applications and applications for transfer, candidates need to fill the online form and get an appointment from the nearest office through the “Central Appointment System”. After filling the online form, the system automatically displays the address of the nearest DGMM office and the list of the required documents, it calculates the application and card fee. Through this step, you will choose from dates and times for the appointment. Applicants can legally reside in Turkey with the application form until the appointment date. The work permit is employee-specific, so you must already have an agreed contract with your potential employer.

The process also differs according to whether you are applying from your home country or within Turkey as a resident of more than 6 months. To find out the step by step process please visit the website for Social Security and Labour Management. Alternatively, for more information on residency permits, you can read our other articles.

What can a foreigner be in Turkey?

Large cities where international companies are based such as Istanbul and Ankara are a work haven for foreigners. Since large firms can offer better sponsorships for their work permits and residency, foreigners often apply to work for them first.

A popular choice is to gain an IELTS or TOEFL qualification and teach English as a second language, as well as your native language. Turkish internet job boards such often display teacher vacancies around the country.

While Turkey is full of young people, the old population still covers a majority of the general population. They are often too old to take care of themselves, and their family may not be available to help them. At the same time, the country’s younger population keeps getting younger since the workforce continues to expand their families. When everyone is working in a household, babies and young children will need extra help until their parents comes back.

Major holiday destinations often employ foreign workers in their head office or their resorts as representatives, staff members, or entertainers. This could be a great opportunity for you to explore the country’s ancient history and culture while earning money.